Business agreements and deals are negotiated and finalized every day, and these deals often can be very lucrative or rewarding in various ways for different purposes.

In many instances, the business professionals will discuss various terms of a deal before making a final decision to move forward.

There are cases when the terms of a deal can be misunderstood, and professionals may move forward with a deal based on unclear terms. This can be costly, time-consuming and sometimes even damaging to the business relationship.

A business partnership letter of intent is not a legally-binding document in most cases, but it can be a helpful tool for both parties because it can clarify the terms that both have verbally agreed to before the partnership is finalized.

If you are interested in drafting a partnership letter of intent, it is important to follow a few important steps.

Identification Of The Two Businesses Entering The Partnership

The purpose of a business partnership letter is to get both parties to agree to the terms of a partnership without entering into a legally-binding agreement, and the terms may actually be negotiated through revisions to the letter of intent.

In order to accomplish this, the two entities should be clearly identified. It is important to note if an agreement is between a subsidiary or a different branch of a company. The entities as well as the main contacts at those businesses should be identified.

The partnership letter should also clearly outline the terms and conditions of the agreement between the two entities.

This should be very clearly outlined, and the wording should be clear and concise so that there are no misunderstandings or disagreements.

It should also clearly state when the terms of the contract will go into effect as well as when the agreement will cease or what steps each party needs to take for the agreement to cease.

In some cases, there may be special exclusions that may apply to the agreement. For example, one entity may only agree to provide certain resources or a limited amount of manpower to a special combined work effort or project.

Additional resources or manpower may need to be compensated for with an adjustment to the profit-sharing terms in the agreement. This is just one of many examples of special exclusions or terms that need to be outlined.

This information can ensure that both parties are on the same page with regards to the structure of the agreement, and it can protect the financial interests of both parties when the exclusions and limitations are clearly outlined.

Should You Purchase Business Interruption Insurance?

How Disputes Will Be Resolved

The letter can also outline the steps that will be take to resolve any disputes that arise. This may include arbitration, mediation or other steps.

When a partnership agreement is well-written and thoughtfully drafted, the likelihood of a dispute developing will be minimal.

However, there is always a chance that the terms in the agreement are not fully drafted or complete or that unexpected situations may arise that can impact the relationship of the two partners. Therefore, establishing a method for disputes to be resolved is important.

This section of the letter may also state what may happen if an agreement to the dispute cannot be reached so that the partnership can be dissolved in a manner that is mutually agreeable to both parties.

The Need To Consult With An Attorney

It is important to note that a business partnership letter typically is not a legally-binding document, but it can be in some cases.

The wording in this type of document can actually create an agreement between the two parties that is legally-binding even if the two parties did not intend for this to be the case because of this, it is important to have an attorney review the document before the letter of intent is submitted to the other party.

In many instances, simply stating that neither party is legally committing to the terms in the letter at this point may be sufficient.

However, the wording in the letter may unintentionally bind the parties in certain ways. An initial letter of intent can be used as a negotiation tool so that the two parties can fully agree on the terms.

There may be instances when multiple drafts of the letter of intent are submitted back and forth between the two parties before a formal agreement is drafted.

The attorneys for both entities may review the letters of intent as well as the final, legally-binding document to protect the interests of the two parties.

This is a Letter of Intent that proposes to outline the partnership you and I discussed on DATE. I do not consider the terms and conditions stated in this letter as binding and am open to negotiation.

We have agreed that we will enter into partnership for the purposes of starting a catering service.

We will pay ourselves and our employees a suitable salary and split any profits after salaries 50-50. We are still negotiating the amount of salaries.

We have also agreed to take out a Small Business Loan to cover the start-up expenses and will both be signatory for that loan.

We have together created a business plan that clearly states our intentions for the short-term as well as the next five years, and this plan has been approved by the bank.

I propose we meet in two weeks on DATE at the office of Name of Lawyer to confirm the salaries and sign a contract of partnership.

We can meet at a time of your convenience to discuss the points on which we have not yet agreed before we meet the lawyer. Please call me at 555-123-4567 or contact me at Name@email.com to set up a meeting.

This letter is a formal expression of intent to start a partnership with you to open a catering service. We need to decide the main points of financial distribution and meet the lawyer to sign the contract. 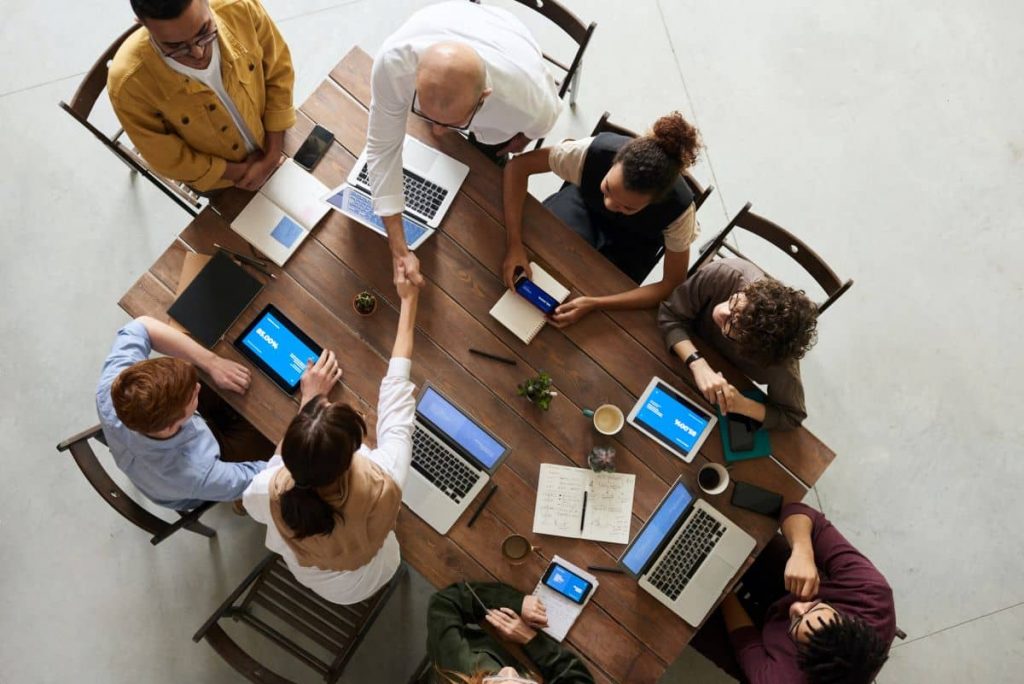 Writing a Letter for a Business [with Sample]

Sample Letter of Intent to do Business Together