A non disclosure agreement is a powerful legal document used by companies, inventors and others to protect their intellectual property. Without such a document many inventors lose rights to their innovation and more than one company has seen its precious trade secrets become part of the public domain. 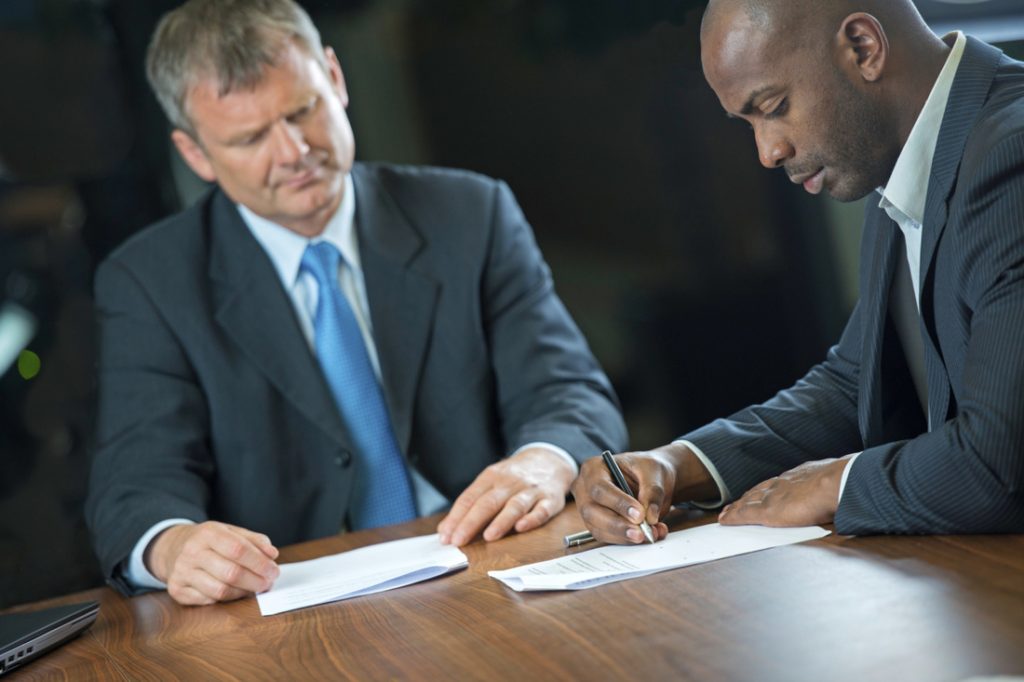 Accordingly, having a non disclosure agreement in place protects valuable information, and it is an indispensable part of doing business.

These documents are commonly referred to simply as NDAs. Alternatively, they can be called confidentiality agreements or confidentiality clauses. As the name implies, the purpose of the NDA is to maintain the secrecy vital business information, which is often a trade secret.

Unlike information contained in patents, which becomes a part of the public domain, trade secrets may be maintained in perpetuity. Trade secrets are exclusive and proprietary, and are what sets one company apart from its competition.

NDAs don’t always protect trade secrets. Sometimes they are used to protect certain information for a time period. For instance, an inventor who wants to submit his invention to a company for consideration may want to have a representative from the organization sign an NDA.

inventor owns and controls the innovation

Confidentiality agreements are either unilateral or mutual. Unilateral NDAs are the most common. These agreements bind the signing party to secrecy while the party asking for the NDA is not necessarily bound by the same restrictions.

With a mutual NDA both parties are bound to secrecy. For instance, two companies exploring the possibility of working together on a new product may sign a mutual NDA.

An NDA is legally binding. Should the parties that signed the NDA breach the agreement, the other party is entitled to pursue legal remedies, such as a lawsuit in which the plaintiff seeks compensation for damages.

They may also pursue payment for lost profits. Occasionally, the party that breaches an NDA is held in contempt of court, and this may mean criminal charges.

An NDA may be a simple, one page document or contain several pages. Information within the agreement usually stipulates a time period and identifies precisely what information is supposed to remain confidential.

The time period typically begins on a defined date, which is usually the date on which the agreement is signed. However, it may end whenever the person drafting the NDA wishes.

Perhaps the period will only last a few weeks or months. On the other hand, the terms of the NDA may require that the signer maintain secrecy in perpetuity or until a certain event occurs, such as the public disclosure of a product.

Some NDAs make blanket statements about what information is protected. Others are very specific. Specificity is nearly always recommended as it may leave less room for creative interpretation.

For example, an NDA may say that all business practices should be maintained in confidentiality. Alternatively, a more specific approach may refer to a certain manufacturing process or chemical formula.

A non disclosure agreement may take on almost any format as long as the intent of the document is clear. The example below provides a simple template that can be easily modified to meet the specific needs of any situation.

3. Agreement. The parties agree not to disclose any of the Confidential Information they receive unless the law requires them to do so.

4. Term and Termination. This Agreement shall commence on the date of last signature below and shall continue until terminated by either party. If neither party terminates the Agreement, then the Agreement will expire after five years from the date of signature or upon public disclosure or offer for sale of any product produced as a result of the Business Purpose.

5. This Agreement represents the entire agreement between the Parties. The Agreement imposes no obligation to disclose any Confidential Information nor does it oblige either party to enter into a further business arrangement.