Writing a letter of apology for missing an important business appointment should be done while considering the other party’s perspective and understanding the inconvenience they experienced because of it.

The other party shouldn’t be made to feel as if the mistake was in any way their fault, or responsible for your error. Your business apology letter should have an overall tone that encourages the other party to forgive your mistake so you can both move forward.

Here are a few key tips on how to properly write a business letter of apology:

• Sincerely apologize for your mistake.
• Take 100 percent responsibility for missing the appointment.
• Mention how you would like to maintain your relationship with the other party in spite of your mistake.

Make your apology letter as sincere as possible. If it blames the other party in any way at all, the apology itself won’t sound genuine.

Here are some things you should NOT include in your letter:

In most cases, the sooner you sit down and write your apology letter the better. Leaving the other party wondering why you didn’t show up for the appointment only leaves them to imagine a number of negative reasons why and makes you look bad, especially your character. Acting quickly can literally mean the difference between maintaining or ending a key business relationship.

What You Should Include In Your Business Apology Letter

In general, if you’re willing to acknowledge that you’ve made a mistake and were wrong in missing in the appointment as well as sincerely expressing your regret, chances are the other party receiving your letter will readily forgive you and want to maintain your relationship.

But, if you offer an insincere apology letter or no letter at all, be prepared to end the relationship since they’ll likely lose their trust in you and quite possibly their respect for you.

First and foremost, start your letter out by saying how truly sorry you are about missing the appointment. Make your intent crystal clear. Then explain why you’re sending the letter in the first place.

Acknowledge your error and why you had to miss the appointment. In addition to submitting your letter in a timely manner, make sure you promise to never repeat your actions. Apologize once more at the end of the letter and let the other party know how much you value their relationship with you.

Why You Should Write An Apology Business Letter

Writing a formal letter of apology will let the offended party know that you not only understand you were in the wrong, but you don’t want your relationship with them to suffer in any way.

Here are some more quick tips on how to create your letter:

• Type your apology letter using a popular, easy-to-read font like Times Roman or Calibri
• Use good quality paper to print your letter on
• Offer a specific, plausible explanation for your actions
• Clarify the issue once you make your apology
• Include your apology at the start of the letter
• Make it formal and sincere
• Sign your letter by hand

While it’s usually best to submit your letter to the offended party without delay, in rare instances it may be best to wait a few days so the other party can cool down depending on the kind of person they are. 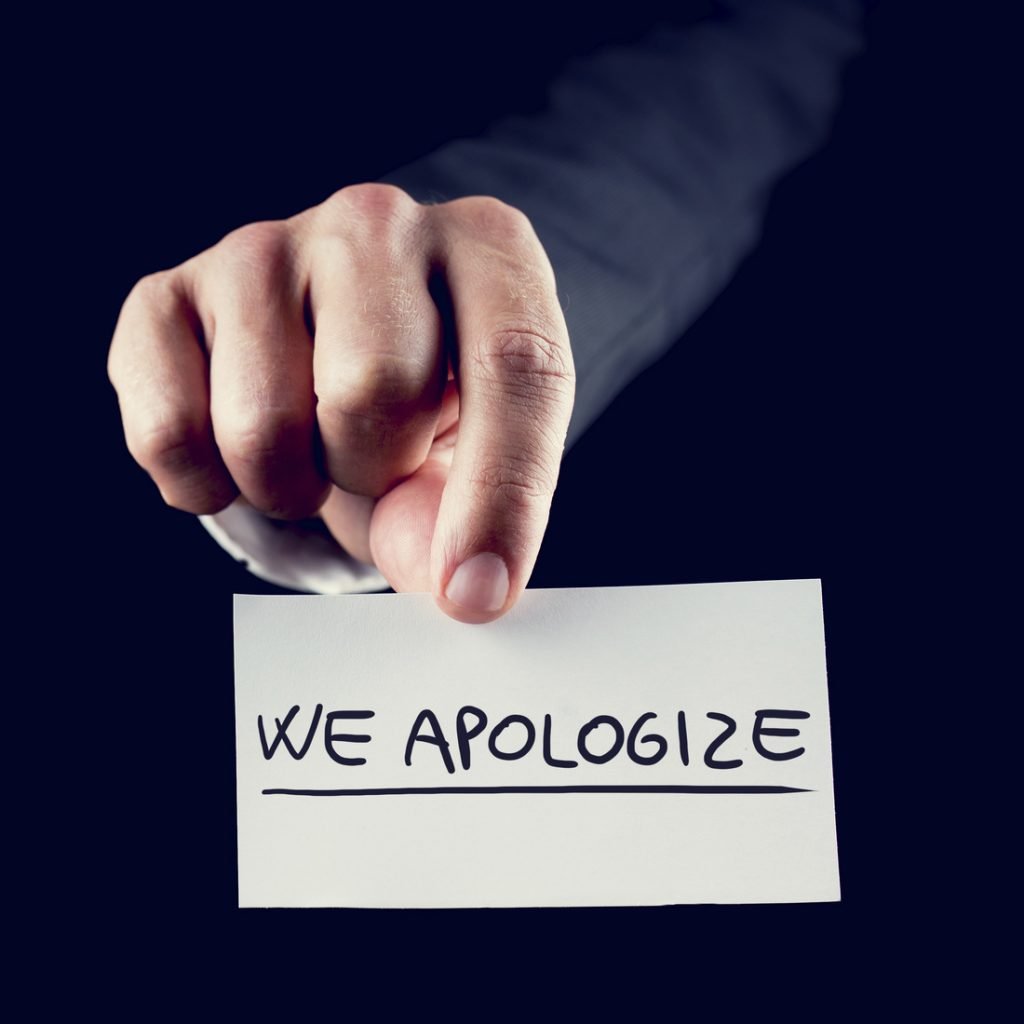 The following sample letter is a guideline and can give you a good idea on how to write your own apology letter.

RE: Reason for Missed Business Appointment

First of all, I want to express my sincerest apology to you sir for missing our scheduled appointment last Tuesday. I have no doubt that you were waiting and wondering about my whereabouts and why I didn’t show up for our appointment.

Unfortunately, I received an emergency phone call from my daughter’s school due to an accident she was involved in. Thankfully, she is now fine. However, at the time, this important matter required immediate attention from me as her mother as you can surely understand.

Please forgive me for not calling you on the same day as my daughter’s accident, as everything was so chaotic and even somewhat of a blur.

However, I would like to move forward with our plans and reschedule another appointment. Also, I hope this incident has not changed our professional working relationship in any way.

Again, I am truly sorry for the inconvenience and hope to hear from you soon.